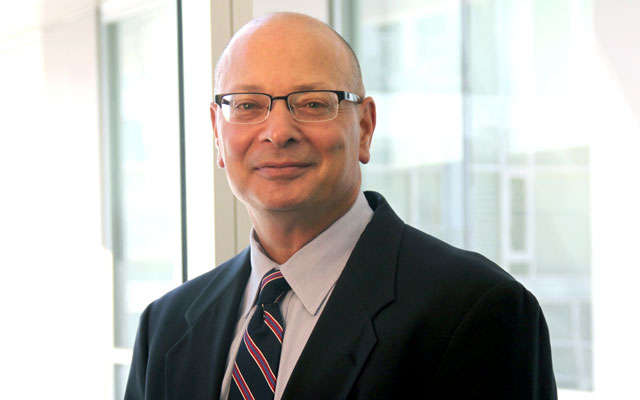 Ask the Doctor: What You Need to Know About the Measles Outbreak

More than 1,000 cases of measles have been reported in 28 states this year so far.* While we haven’t yet had a case in Rhode Island, many nearby states have, including Massachusetts, Connecticut, and New Hampshire. And even though 2019 is not over, the United States has already had the greatest number of cases reported since 1992 and since measles was declared eliminated in 2000.*

We talked with Dr. Gus Manocchia, BCBSRI Clinical Consultant, about the outbreak and why being vaccinated is so important for protecting yourself, your family, and others in your community.

Dr. Manocchia, can you explain what measles is?
Measles is a highly contagious disease that is caused by a virus. Unfortunately, measles is a much more serious virus than the common cold, even though some symptoms are similar. Measles starts with a fever that can get very high. People may also have a cough, runny nose, ear infection, and diarrhea. Obviously people with measles also have a significant rash that can go from head to toe.

How easily does measles spread?
It is actually one of the most contagious diseases in the world. Almost everyone who has not been vaccinated will get measles if they are exposed to the measles virus. Measles spreads when a person infected with the virus breathes, coughs, or sneezes; it is spread through air droplets. You can catch measles just by being in a room where a person with measles has been—up to 2 hours after that person is gone. And you can catch measles from an infected person even before they have a measles rash.

How dangerous is measles?
Measles can be very dangerous, particularly for babies, young children, and older adults. There’s no specific treatment once someone has it other than supportive care for general symptoms. Since it is a virus, antibiotics don’t work, and we don’t have any other medications for measles. A reasonably healthy person with a strong immune system will usually recover well over time. However, about one in five unvaccinated people in the United States who get measles will end up in the hospital. Measles can lead to pneumonia, lifelong brain damage, deafness, and even death. That’s why it’s so important that we get it under control.

Measles was considered to be eliminated from the United States nearly 20 years ago. Why are we seeing measles again?
The main reason is that a significant number of Americans have chosen not to have their children vaccinated, usually for religious reasons or personal reasons. So compared to the 1980s, 1990s, and the early 2000s, we have a much larger group of people not vaccinated, mainly children, who are more likely to then be infected.

What can reduce the measles outbreak?
The best way to protect against measles is make sure all children get the measles-mumps-rubella shot, which is called the MMR shot. It is very safe and effective. Children should get two doses of the MMR shot for the best protection, the first at 12 through 15 months and the second at 4 through 6 years old. If there’s an outbreak of measles where you live or if you’re traveling to another country, talk to your child’s pediatrician to see if your child should get the shots earlier than the regular schedule.

When you don’t vaccinate your child, you’re potentially risking their life—and the lives of other people who can’t be vaccinated for a variety of medical reasons. In Rhode Island, children under 2½ years old received their vaccinations at higher rates than the national average. However, some vaccinations in Rhode Island still remain below recommendations for herd immunity.

Can you explain what herd immunity is and why it’s so important?
Herd immunity is fascinating concept. To really understand it, you have to know one fact—that not everyone in a population can be vaccinated. About 3% to 5% of Americans cannot be vaccinated because of chronic medical problems or a poorly functioning immune system. The question is: How do you protect those people? Herd immunity is a form of indirect protection that happens when a large percentage of a population are vaccinated against a disease. The more people are vaccinated, the less likely it is that people who are not vaccinated will come into contact with that disease.

Imagine a room filled with 100 people and that only 50 of them are vaccinated against measles, the other 50 are not. If the 101st person who walks in has measles, then a significant percentage of the people who are not immunized will get measles. Now you can imagine that one person who is infected walks into an event, where 95 of the 100 are immunized. The number of non-immunized people that the person comes into close contact with drops significantly, and the risk of infection drops with it. And that’s the benefit of herd immunity.

Do adults need measles boosters?
Most adults who received a measles vaccination after the year 1957 are probably adequately protected. From 1963 to 1967, less than a million Americans received the killed measles vaccine—an earlier version of the vaccine that is no longer used—and may need to be revaccinated. If there is any question, one option is to have a blood test to look for measles immunity.

* Centers for Disease Control and Prevention

The Importance of a Primary Care Provider

Get the Most From Your Doctor’s Visit