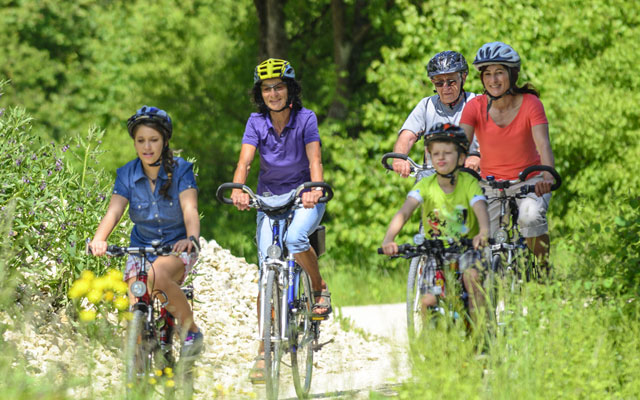 Rhode Island is home to many scenic, accessible bike paths. Most of them are built in former railroad corridors, making them flat and suitable for cyclists of all levels. Put your feet to the pedals and check out these paths.

Following the Blackstone River and historic Blackstone Canal, this picturesque trail is lined with mills and marshes. Be prepared for some on-road segments.

The ride toward and along Narragansett Bay is smooth and tranquil, save for a singular hill in East Providence. Riders can follow spur trails to Squantum Woods, Colt State Park, and other state recreational areas.

Ride along the James Turner Reservoir on one of the state’s few paths not built on a former railway. Though not completely flat, this short trail is enjoyable for recreational bikers of all levels.

This South County path was created to give kids a safe way to ride to school. Commuters and recreational riders alike enjoy this calm, tree-lined ride.

The state’s longest trail is mostly flat and suitable for cyclists of all ages and ability. But consider the length of your journey before riding; completing the entire trail could be challenging for some.

Connecting neighborhoods along the river, this on and off-road trail is popular with commuters. The two-mile on-road portion converges with Providence traffic and is recommended for experienced bikers.

You can learn more about the state's bike paths on the Rhode Island Department of Transportation website. 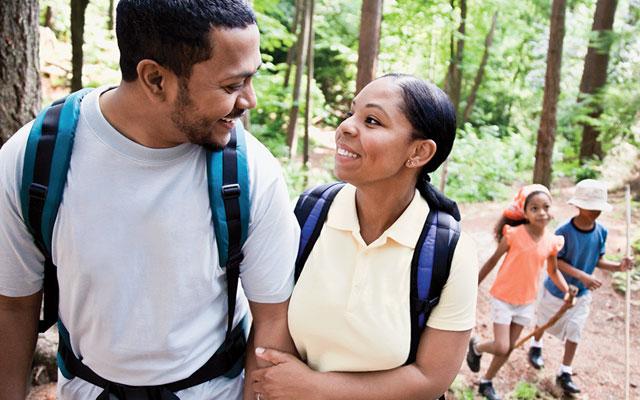 By signing up for monthly emails, you'll receive great recipes, fitness tips, and articles about healthy living, plus important updates from BCBSRI. And after you subscribe, we'll email you our Rhode Ahead digital cookbook, Healthy and zesty/Salud con sazón. It features 10 delicious Latin American recipes in English and Spanish.